A significant zone of near surface of elevated gold mineralization is present in the La Cumbre porphyry which is hosted in oxide to a depth of roughly 70m from surface.

Drill results continued to be successful at La Cumbre porphyry including drill hole LC023 which has returned to date at the project the longest mineralized intercept grading greater than 1.0 g/t gold. (See October 31, 2011 news release) This was near surface and continues to contribute to the growth of the surface footprint of elevated gold and copper grade at the Project. Also, the result from LC023 has both extended the eastern boundary of the porphyry and has also enhanced the overall grade of the porphyry in this sector while remaining open at depth.

The mineralized extent of the porphyry body has increased substantially and combined with strong gold and copper mineralization discovered near surface and higher grades of mineralization encountered at depth the overal grades may significantly increase. 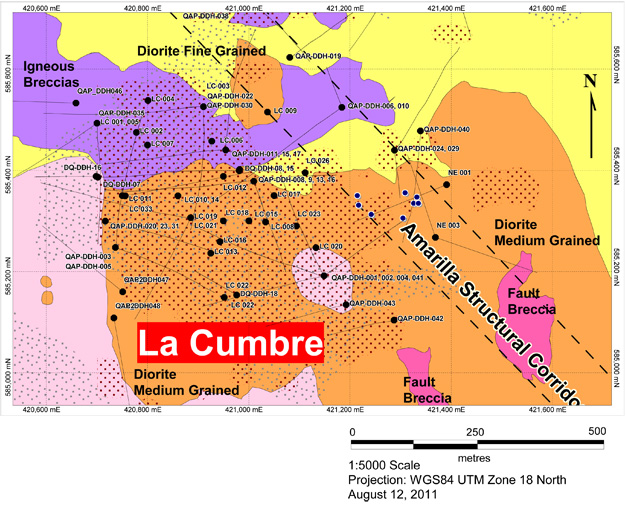 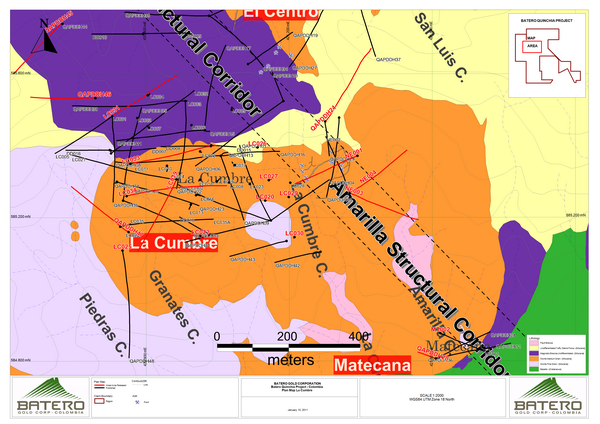